Transforming pulp: Can TMP act like kraft pulp for use in N95 masks? 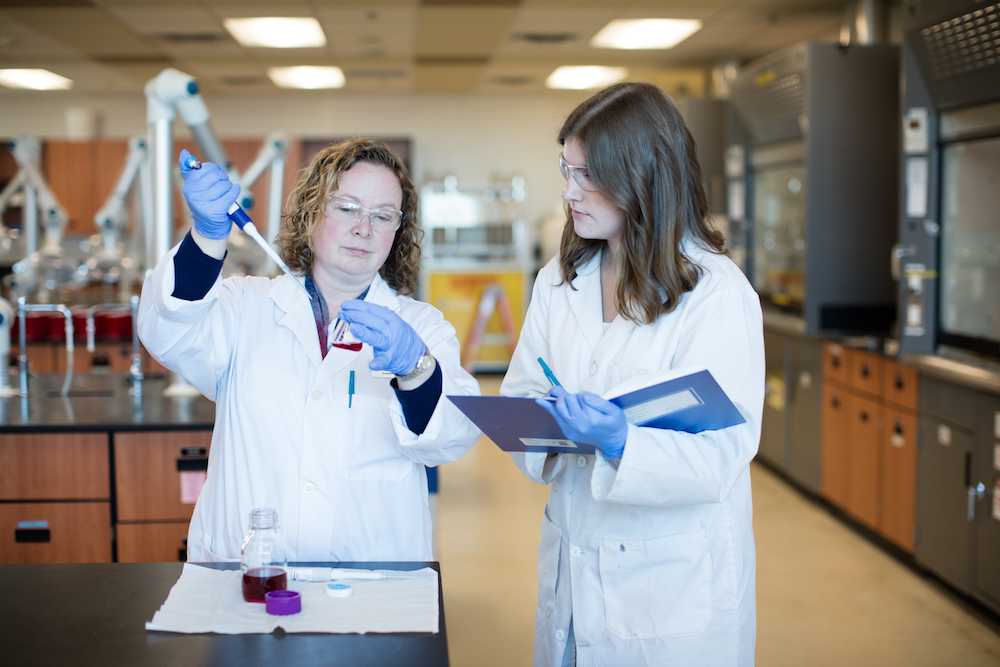 The lead scientist set to research if thermomechanical pulp (TMP) from Nova Scotia can be used in the production of N95 respirators says she is looking forward to getting the project off the ground next month.

“We’re hoping to be able to innovate in this area,” says Dr. Christa Brosseau, a professor in Saint Mary’s University’s Faculty of Science. “There’s a great global demand right now and so it’s exciting for us.”

Saint Mary’s University (SMU) recently received a $72,600 grant from the Research Nova Scotia (RNS) COVID-19 Rapid Response program to fund the project, which will establish if TMP from Port Hawkesbury Paper can be turned into medical-grade pulp using chemical additives and/or alternative treatment options for the long-term production of face masks.

“This has never been something that people have looked at, because it was never a need,” says Brosseau, who is also the Canada Research Chair in sustainable chemistry and materials. “This global supply shortage is forcing us to think [that] maybe with some clever and innovative chemistry, we can get to that point.”

Brosseau, who specializes in analytical chemistry, is leading the seven-person research team alongside her synthetic chemist colleague Dr. Robert Singer. Four student researchers and a full-time research associate will join them.

Port Hawkesbury Paper will provide its pulp for characterization and testing during the project, which officially starts in June.

“This global supply shortage is forcing us to think [that] maybe with some clever and innovative chemistry, we can get to that point.”

Brosseau came up with the idea for the project as she was following the story of Nanaimo, B.C.’s Harmac Pacific mill, which ramped up its production of medical-grade pulp in late March to ship to a client who was blending it with synthetic polymers to make N95 respirators.

Harmac Pacific is currently the only mill in Canada making medical-grade pulp, which is northern bleached softwood kraft (NBSK) made from Western red cedar fibre.

Hearing that Harmac Pacific had difficulty keeping up with demand, Brosseau says she wanted to investigate if medical-grade pulp could be manufactured in Nova Scotia. With Northern Pulp’s NBSK mill closed, the only other pulp producer in the province is Port Hawkesbury Paper – but it’s not an NBSK mill. It makes TMP using primarily fir and spruce chips.

Despite all being softwood, “obviously, there’s a big difference between red cedar and fir and spruce,” says Brosseau. “That’s where the research question is – what would it take to convert a fir and spruce pulp into a product that would have properties as such that it would be suitable for medical pulp?”

First, what makes red cedar so suitable for mask making? “It’s a combination of things – including long, soft fibres that make it easy to blend with synthetic polymers like polyester and polypropylene,” explains Brosseau.

“Also it has a low shrinkage factor, which means that when you have an object formed out of medical pulp and it gets wet, it doesn’t lose its shape as much as other forms of pulp.”

Second, because lignin is mechanically extracted from the softwood chips with TMP rather than chemically dissolved like with NBSK, part of the research will be to find ways to get TMP to mimic the properties of NBSK.

The research team will explore how TMP morphology changes when exposed to various chemical additives. Ionic liquids are just one of the more innovative additives on the table, which Brosseau says act as “liquid salts” that dissolve cellulose.

Brosseau’s team will spend the first part of the 10-month project in a discovery phase, characterizing the pulp at its elemental, molecular and morphological levels after each stage of the production process to see where inserting those additives might be successful, and how they affect the fibres.

“Ideally it would be at end-of-line product, but there might be an earlier stage where adding an additive would have a bigger effect,” she says.

Once they have a modified pulp that could be suitable for the end use, the team will use a heat press to turn it into paper so they can evaluate how it will perform at capturing microscopic particles like a virus.

“What would it take to convert a fir and spruce pulp into a product that would have properties as such that it would be suitable for medical pulp?”

By the end of March 2021, the SMU team hopes to provide Port Hawkesbury Paper with a plan of how the mill might be able to produce medical-grade pulp in the future.

The plan would contain “the ways in which they could go about doing that, being cognizant of the fact that we don’t want to add anything into their stream that would be toxic, for example, or difficult to recover in clean up, or that would be problematic to use at scale.

“One of the issues that might be problematic with ionic liquids, for example, is they’re very viscous,” Brosseau says. “We don’t want to add too much of a really high-viscosity additive that may gum up the works.” 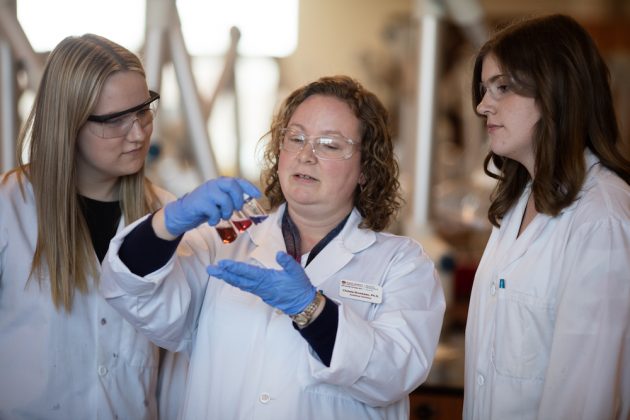 The research team will also explore the potential of using all-wood pulp to create an N95 mask. (On the other side of the country, researchers at University of British Columbia recently made a prototype of an all-wood fibre face respirator.)

“There’s been really good evidence that nanocellulose, for example, can be good at viral capture,” says Brosseau. “The idea of having an all-wood pulp respirator is really attractive because they’re meant to be disposable.

“That would make it more biodegradable and environmentally friendly than the respirators we have now, which are synthetic blends.”

Nanocellulose, however, so far has been difficult to produce at scale. The research team will also use the SMU lab’s milling machine to explore if a combination of chemical additives and high-frequency milling might help scale the technology.

There are other challenges with an all-wood pulp in a respirator application, says Brosseau. When wood pulp gets wet and then dries, the fibres can clump together. “So there can be basically a network of holes and gaps that would allow something to move through,” explains Brosseau. “A virus is really small – like 100 nanometres – so if you’re going to capture viruses, you really can’t have a filter that’s full of large gaps and holes.”

When a face respirator contains a wood pulp layer – not all of them do – it usually only serves to make the mask feel soft against human skin. The tightly meshed synthetic layers are what take care of the viral protection. To mitigate the presence of gaps in an all-wood mask, Brosseau says the SMU team will be researching how to produce a paper material that allows the fibres to dry slowly and avoids clumping.

This is why figuring out how to scale nanocellulose for use in N95 respirators could be a viable option, she says. “The idea is if you can already have the cellulose in a nano-scale form, then you may be able to control the length scale of gaps and defects.”