Take a chance on yourself: Q&A with Drax’s Mona Jacob 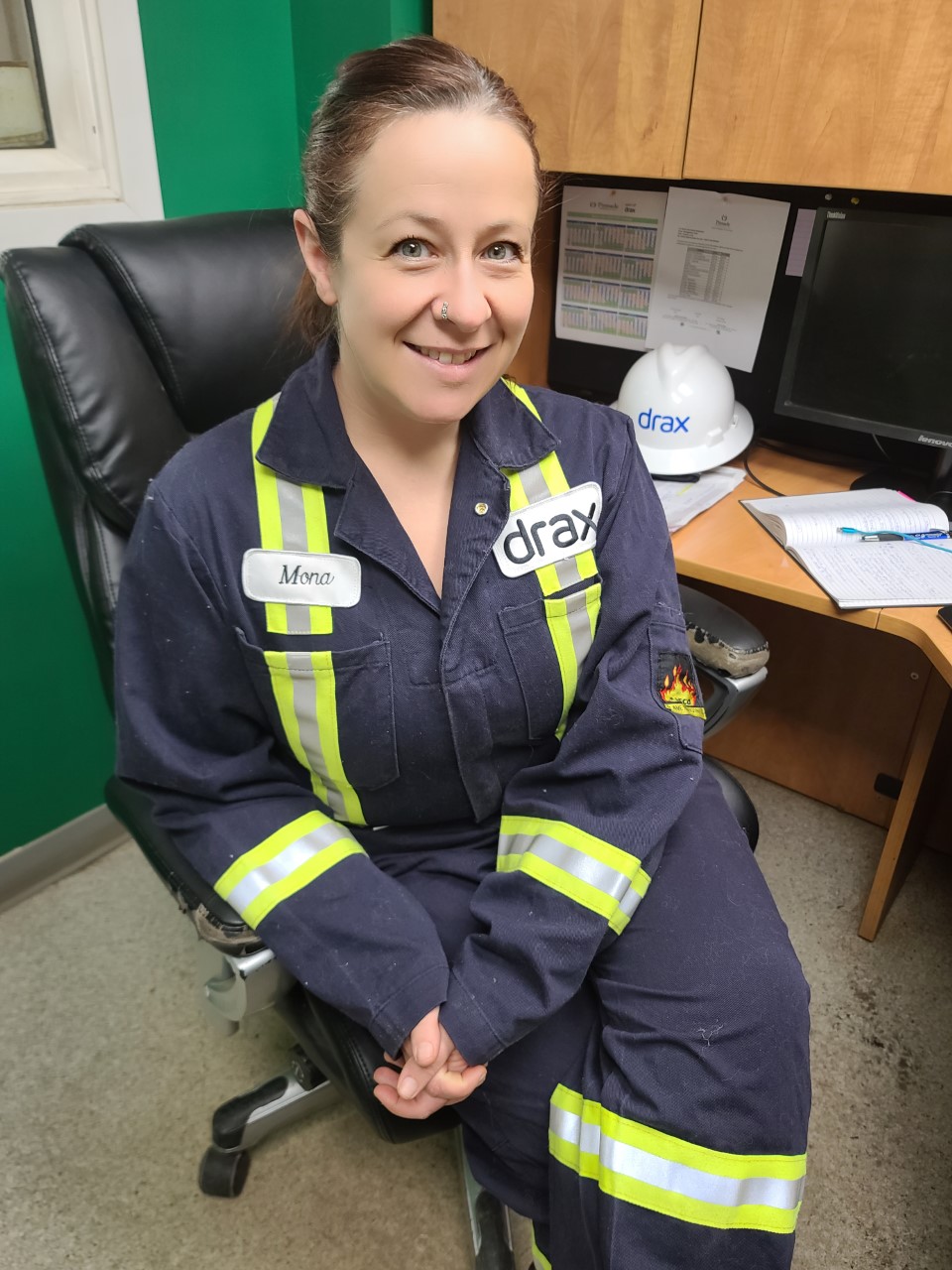 Mona Jacob has been involved in the forest products sector for over 20 years, starting in sawmilling operations. She first got involved in an entry-level position, but has since worked her way up to hold different leadership positions, eventually making the switch to the wood pellet industry in 2021, joining Drax Group as the senior operations team leader at the Burns Lake, B.C., pellet plant. Two months ago, she became the plant manager, and is excited about the opportunities to help make a difference in the business and the community.

Canadian Biomass: What was your career path that led you to the wood pellets industry?

I started in forest products in 2001 and really it was just an entry-level job opportunity in a sawmill that came up that was full-time, had good pay and came with benefits. So, that was really huge for me, and it’s progressed from there. When I think about how it turned into such a career, I think it’s because I was grateful for the work and the opportunity, so I learned right from the beginning to focus on the task at hand, what was in front of me and doing it well. I was fortunate enough that that led to other opportunities, right up to my most recent position – I’m very new in the plant manager role here with Drax. I didn’t intend to make a career in the wood products industry, but I saw an opportunity at an early age to make a living, and this is what it’s turned into.

Canadian Biomass: What is it that you like most about the industry?

What I’m really excited about when it comes to working with Drax is that the pellets we’re manufacturing are part of a bigger picture to produce renewable, clean energy, which is new to me. And, being new to the community of Burns Lake, it means we’re able to harvest some of the byproducts from the other facilities that might otherwise have an environmental impact. We’re able to take those products and put those towards producing clean, renewable energy, and I think that’s really neat.

Canadian Biomass: So, as the new plant manager, what are you most excited about?

Canadian Biomass: Have you had any mentors that helped guide you in your career?

One hundred per cent. It tracks back to that sawmill where I originally started. There was a gentleman named Kelvin there, and he was a difference-maker who really propelled my career. He gave me my first leadership job at the age of 25. I recognize that he made what he felt was the best business decision because I had the skills to do the job, but it was also probably not the most popular decision at the time. But, he really put me on the leadership path, giving me the fundamentals of what’s needed to be successful in industrial business – safety, quality, production, managing people. I had lost touch with him for quite some time, but since writing that article I’ve been able to reconnect. He’s also given me some good advice about going into this next role. So, I definitely appreciate that he took that chance on me and I do see him as one of the difference-makers. I don’t think I’d be where I am without him.

Canadian Biomass: As a woman in the industry, have you found there are any particular difficulties?

I would say that there are challenges in leadership in the industry, but I wouldn’t say that’s specific to being a woman, I would say it’s more standard challenges. I think anytime you meet somebody new and there’s a challenge, if you’re the right person for the position and you know the business for the task at hand. Typically, for me, those types of challenges have gone away really quickly. If there have been difficulties as a woman, I’ve chosen not to focus on it; I’ve always focused on the task at hand and doing what we’re here to do. So, it could just be my mindset; if it’s there, maybe I’m not necessarily seeing it. I have learned the likeability factor, through no fault of anybody, kind of varies between men and women. Once you’re aware of that, you can learn how to better present yourself and use that as an opportunity, as opposed to a disadvantage.

Canadian Biomass: How do you think the industry can encourage more women to get involved, particularly in the operations side of things?

I think within the last 10-15 years the industry has come a long way. I think it really comes down to women going after the opportunities and not shortchanging themselves by not taking a chance.

Canadian Biomass: Do you have any advice for women who are looking to get into the operations side of the wood pellet industry, or the forest industry in general?

Have that assertiveness to go after an opportunity that you’re looking for, and if you don’t get it, don’t see it as a failure, because I think you learn more from your failures than your successes. It’s having the confidence to take that chance on yourself. Be clear in your communications about what you want, and don’t apologize for it. Be open to feedback and try to build that network of people around you.

This interview has been edited for length and clarity. This post is part of CFI, Pulp & Paper Canada and Canadian Biomass’ Women in Forestry series celebrating International Women’s Day on March 8. Find more content here and follow us on social media with the hashtags: #WomeninForestry, #IWD2022 and #BreakTheBias.