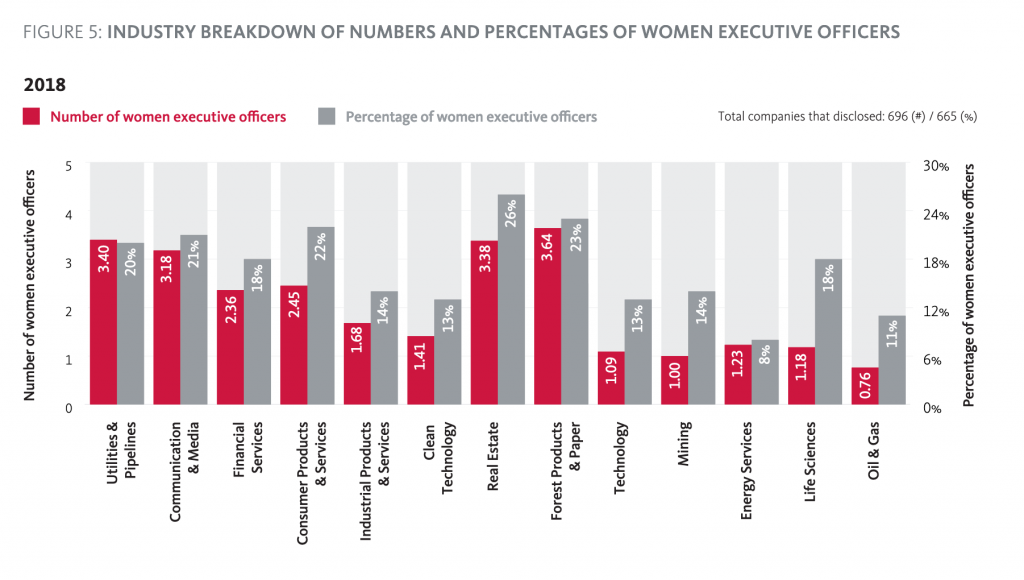 In November 2018, the Canadian Institute of Forestry, in partnership with the federal government, announced a three-year action plan to attract and retain women in forestry careers. The Gender Equality in Forestry National Action Plan highlighted some of the forest industry’s efforts to improve diversity, which is critical, given women made up just 17 per cent of the workforce in 2017.

On Monday, Nov. 11, business law firm Osler released a report, “Diversity Disclosure Practices report – Forest products & paper industry,” which highlights the progress the industry has made in terms of female representation in executive and board positions over the last few years. The report is based on data from Osler’s 2019 Diversity Disclosure Practices report, which looks at women in leadership roles at TSX (Toronto Stock Exchange)-listed companies.

According to the report, the forest products and paper industry stands out because stories about women pioneers in the sector are being told by women who are currently in the early and mid-stages of their careers.

The experiences of a few women in forestry are highlighted in the report, including Kate Lindsay, vice-president of sustainability for the Forest Products Association of Canada (FPAC), and Tanya Wick, Tolko’s vice-president of people and services. Lindsay began her career at a B.C. logging camp 14 years ago as the first woman ever in that camp. This is a fairly common narrative across the sector, the report says. Read more about her experience in the industry here. Wick, meanwhile, has been sharing her experience in the industry and  advice for women in forestry in monthly blog posts for our sister publication, Canadian Forest Industries. The report mentions one of Wick’s blog posts in which she shares that she is still assumed to be “the wife of someone in the industry, rather than in the industry,” at events.

These examples, and others, show that “it’s at least obvious where advocates for greater diversity in the forest products and paper sector believe the challenge lies – in encouraging women to pursue opportunities in the sector and supporting them when they do.”

Despite the ongoing challenges, the sector has made some progress in diversifying its workforce.

In S&P/TSX 60 companies, in 2019 women held, on average, 20 per cent of director positions, and the average number of women directors per board was 3.34. 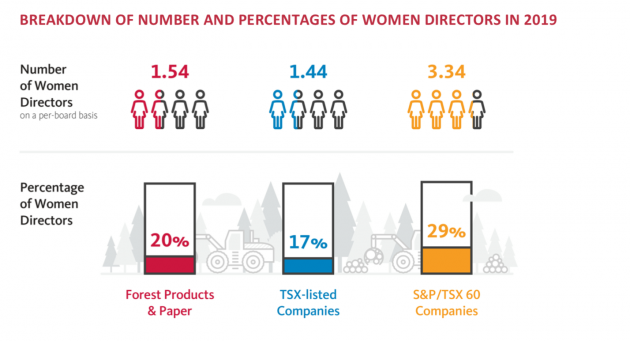 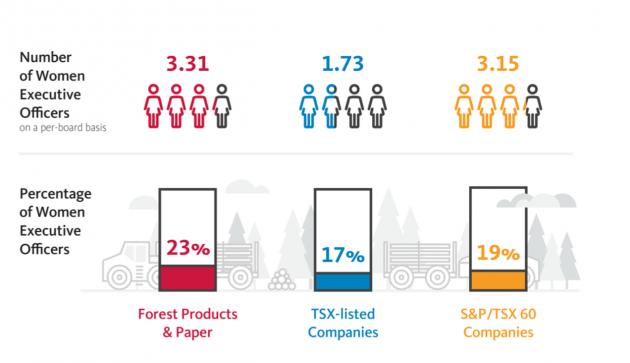 But the progress that has been made in the past couple of years, along with the launch of CIF’s Gender Equality in Forestry National Action Plan and FPAC’s “Take Your Place” campaign, suggests that a cultural shift “may already be underway,” the report concludes.

The full report can be found here.