Editorial: Recruiting more than ‘the guys’ in forestry 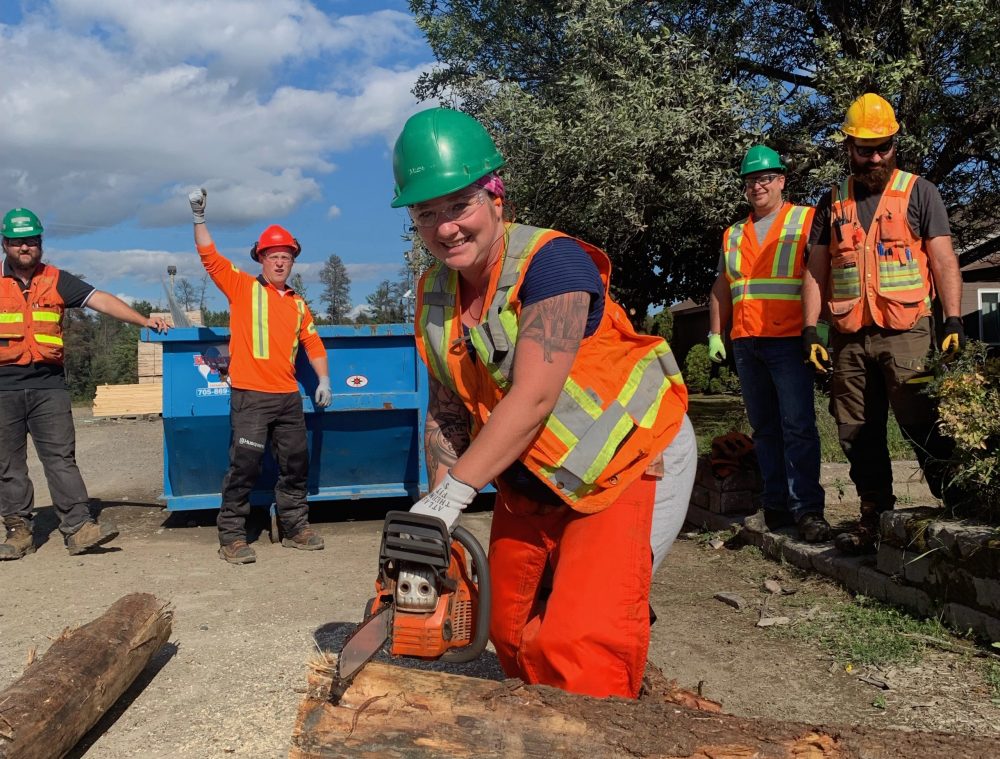 Krysta Phillips, woodlands operations supervisor in Ontario, was one of many women CFI interviewed as part of this year’s Women in Forestry Q&A project.

Haleigh Callison was raised in Smithers, B.C., with her three older brothers. She is a former pro hockey player turned lumber trader with Olympic Industries. If ever there was one of the guys, Haleigh fits that bill.

We asked Haleigh to moderate a panel during the Women in Forestry Virtual Summit on March 8 this year, which gave the mic to a sawfiler, mill manager, chief forester, and log truck driver. Something Haleigh said during the panel stood out to me. During a recent work meeting, she noticed a fellow trader who was addressing the group catch himself saying “guys,” and instead note her in the audience and say “team.”

To paraphrase Haleigh’s takeaway: Does she feel offended by the term “guys,” which is often used to refer to both men and women? No. Does she feel seen and heard when work colleagues say things like “guys and gals” or just “traders”? Absolutely.

I think there is a big takeaway there for everyone in the industry. Inclusivity is not about being offended, making waves, or the squeaky wheel. It’s about creating a welcoming and respectful environment to encourage everyone to feel at home in our industry. Everyone.

And, make no mistake, we need everyone. The labour shortage affects us all. Simply and bluntly put: there are not enough white men anymore. Demographics are changing and the forest industry – like all industries – needs to cast the widest possible net to keep machines running.

In my conversation with Canfor’s senior vice-president of people, Katy Player, as part of our Women in Forestry Q&A project this year, she said the question, “Where are all the people going to come from?” keeps leaders like herself up at night.

Out of Canfor’s 8,000 or so employees, about 13 per cent are women. But the needle is moving in the right direction, Player said. Canfor’s diversity council guides the company with practical suggestions to improve inclusivity, and strong mentorship programs as well as a deliberate selection process that considers the entire population, are making a difference.

“… the inclusive attitudes, I do think we’ve made great strides there and I am excited to see what’s going to come from the focus on that,” Player said.

If a simple inclusive step like catching yourself using the word “guys” can make a few people in the room feel seen, that seems like low-hanging fruit to me. We all forget at times – I say “guys” regularly – but, like Haleigh said, it’s not about offending or taking offense. It’s about acknowledging and feeling acknowledged.

I know I’m going to try to catch myself next time and keep on learning.

The summit was chock full of advice like Haleigh’s. More than 800 people registered and 550 joined us live. All the sessions are now available to watch as video links on the summit’s website.

It’s clear from the summit speakers and participation that the forest industry is changing rapidly. Forest companies large and small are keenly aware of the business case behind diversity and inclusion and are proud to showcase the steps they’ve taken to encourage more women, Indigenous peoples, and people of colour to sign up for forestry.

Kelly Cooper with the Centre for Social Intelligence and one of the leads behind Free to Grow in Forestry, perhaps put it best during the summit: “Not only is it possible to have a diverse and inclusive workplace, but it is a smart business decision.”

Kelly shared a growing list of forest products companies and organizations with executives participating in Free to Grow in Forestry’s leadership team. Kelly called the team a social ecosystem of leaders across the forest sector who are committed to improving their immediate organizational needs as well as the overall region and sector’s.

“Whatever paths you are forging in your organization, I want you to know that you have the wind behind your back now. Four years ago, this issue was seen as an uphill battle. I believe we can confidently say today that we have turned a corner. Change is afoot,” she said.